George Cooper was one of my great, great, great grandfathers. He was born in 1799 in Old Deer, Aberdeenshire, Scotland; the fourth known child of George Cooper & Elizabeth Stiven (or Stephen). The younger George married fairly late in life but to a much younger woman - Elspet Jaffray. For more information on Elspet Jaffray's family please click on the following link:

George & Elspet had six children, the fourth being my great great grandmother Eliza Ann Cooper. George was a farmer at Tirhendry (or Tarhenry) in Longside and a reasonably successful one at that. The 1861 census shows him to be farming 130 acres and to be doing well enough to employ 2 domestic servants and one ploughman. By 1871 he seems to have down-sized to only 80 acres, but still employing 3 servants. He died of old age in Longside in 1879.

Of George & Elspet's 6 children only 2 of them married. Their eldest surviving son (another George Cooper) married Ann McIntyre in 1889 and they had at least 3 boys. My own great great grandmother Eliza Ann Cooper married John Fraser in Aberdeen on Hogmanay 1879. They had 4 children together before sadly Eliza Ann passed away from meningitis in July 1884 in Glasgow. John was left with 3 surviving small children and it looks as if his mother in law Elspet Cooper (nee Jaffray) and brother in law William Cooper went down to Glasgow to help him out. Unfortunately their good intentions didn't work out as they both contracted scarlet fever and died less than a fortnight after Eliza Ann.

George Cooper senior was also a farmer and farmed at Tirhendry before his son George took over some time in the 1850s. This George had married Elizabeth Stiven (or Stephen) in Ellon in 1793 and together they had at least 9 children. The parish records also show that George senior had another son, James Cooper, from an adulterous liaison with Jean Thomson in 1800. His wife must have forgiven him, as she bore him 6 more children after that! The family lived at Auchnavaird, Old Deer from at least 1793 to 1841. I have yet to find out what happened to George senior after he last appears in the census of 1851.

I have traced the fates of at least some of George senior's children. Most of them seem to have had fairly hard lives. At least two of the daughters (Christian & Anne) had illegitimate children, which must have been frowned upon in those days. Another daughter, Elizabeth Cooper, was described as single on her death certificate in 1866, but the informant was William Sharp, described as son-on-law, so presumably she too had a child out of wedlock.

The youngest son, Alexander Cooper, married twice - his first wife Isabella Lamb having died sometime around 1841/1842 after bearing him 3 children. He then had quite a large family with his second wife Barbara Irvine. It seems Alexander Cooper outlived both his wives, as by 1881 he was living at Drymuir, New Deer; as widower with his 9 year old grand-daughter Ann Cooper. At his death in 1890, Alexander was living in the Poorhouse in New Deer and was described as a pauper, formerly a farmer. One of Alexander's children, James Cooper also married at least twice and had a large family. One of his daughters Bathia Cooper went out to Australia, so we now have Cooper descendants the other side of the world too! I have been really lucky in that one of Bathia's granddaughters has let me have copies of some photos. So below is a lovely photo of Bathia Cooper & Archibald Ferguson on their wedding day in 1908. Next to them are photos of Bathia's father James Cooper and her stepmother Catherine Forgie. 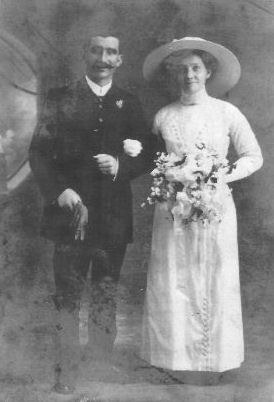 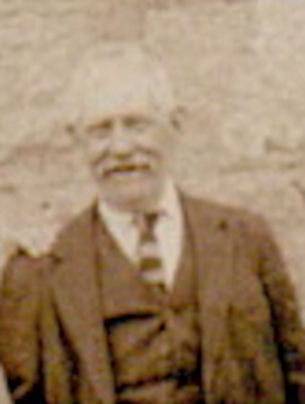 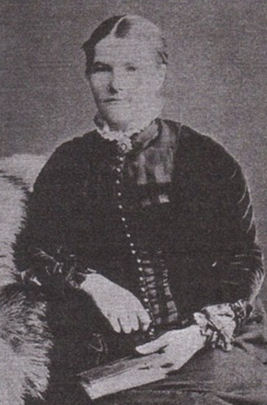 The family trees below summarise what I know about the Cooper family. They are hopefully reasonably accurate, but if you spot any errors, or any relatives, please feel free to E-mail me